On Tuesday, Buckingham Palace said in a statement that Queen Elizabeth, who previously tested positive for COVID-19, had cancelled planned virtual engagements as she was experiencing mild coronavirus symptoms.Dayo Okewale, a chief of staff in the House of Lords has rejected a shocking claim by the website Hollywood Unlocked that Queen Elizabeth II is dead as “false”.

He said that “there is no credible source that verifies” the website’s allegations. 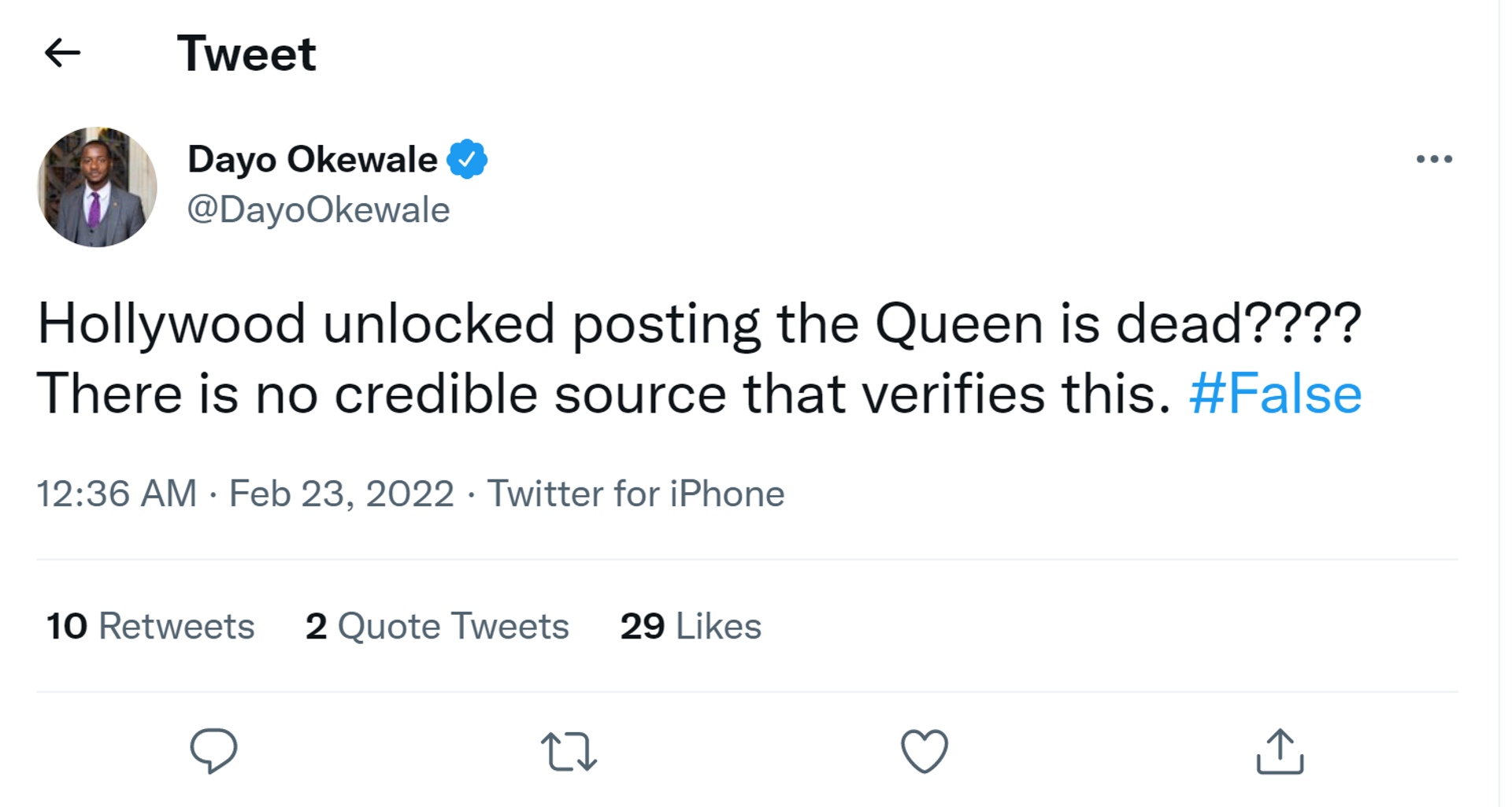 Okewale’s statement followed unsubstantiated claims by Hollywood Unlocked, which reported that “it is with our deepest regret to inform you that Britain’s Queen Elizabeth has died”.

The website then went further and referred to “sources close to the Royal Kingdom”, who “exclusively” notified Hollywood Unlocked that the Queen “has passed away”. According to those “sources”, the monarch “was scheduled to attend the wedding of British Vogue editor Edward Enninful, but was found dead”. 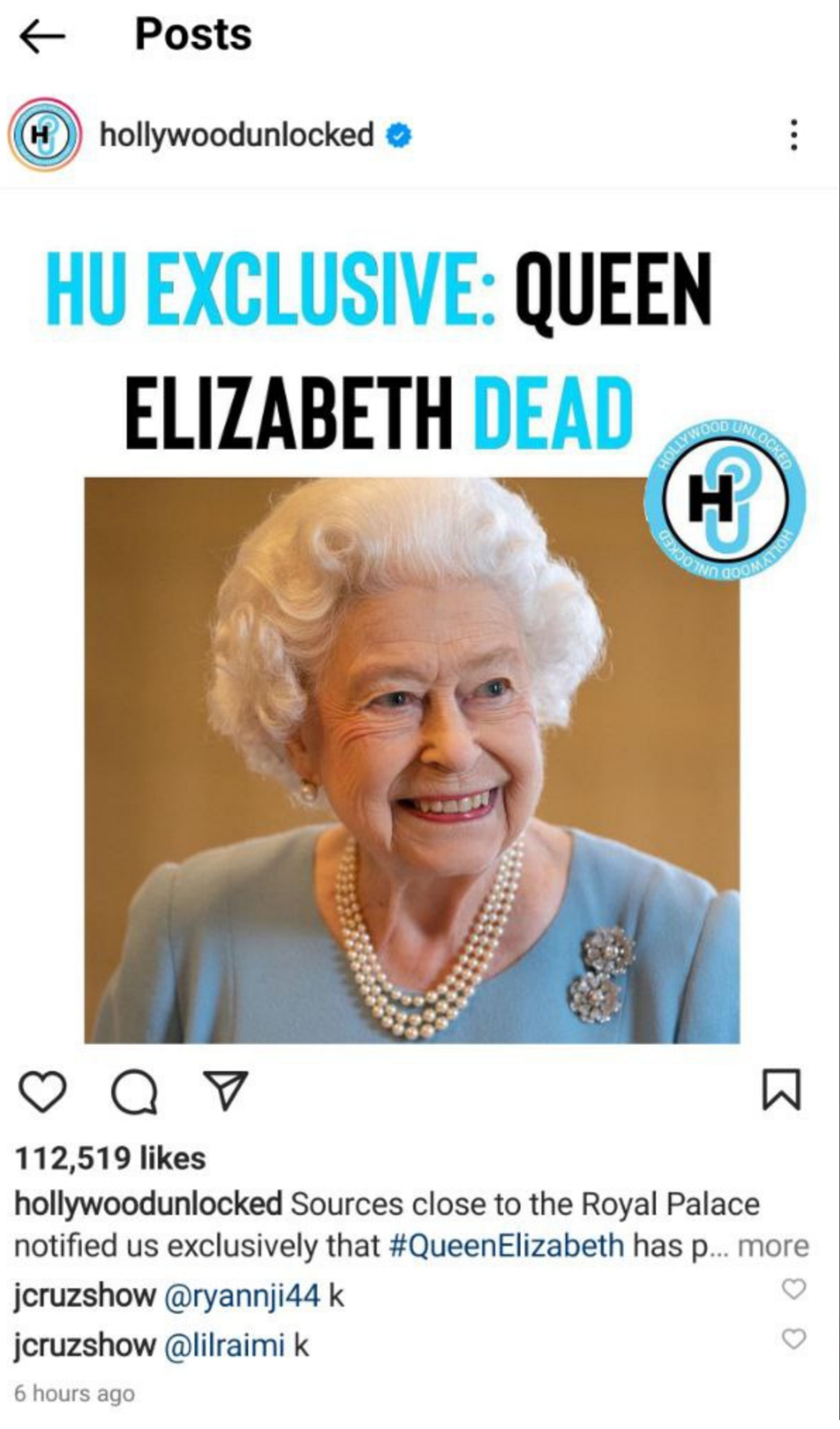 What are you looking for?

What are you looking for?

Copyright © 2022 CivilianTalk with: Mr.PI. All Rights Reserved. Theme by ILoveWP.com